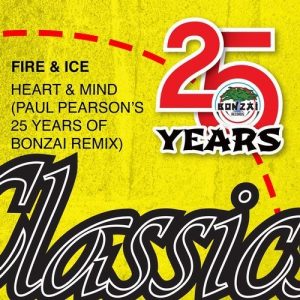 The legendary trance duo Laurent Veronnez and Jurgen Leyers aka Fire & Ice are next in line for a special 25 years remix as part of our classics series. Heart & Mind gets a makeover from superlative trance DJ and producer Paul Pearson which is destined to become a firm favourite among the trance family all over the world. The guys burst onto the scene and took the trance world by storm in 1998, dominating our XTC imprint and other sub labels with tracks like Lost Emotions, Beyond My Control, Forever Young, Souvenir De Chine, Samoa and many more. Their sound became synonymous with the melodic, uplifting and energetic trance scene and hit after hit ensured their tracks always got peak time attention. At the top of their game they not only delivered quality tracks but numerous remix requests for a wide range of artists covering different genres opened them up to new audiences and cemented their place in the history of trance. In 2006 they took a step back, focusing on their solo ambitions before making a welcomed return in 2008, treating their throngs of fans to a couple of tentative farewell tracks. The original mix of Heart & Mind boasted a tight driving groove with melodic synths that soared into the stratosphere, taking us along for the ride. An absolute gem of a track that deserves a contemporary workout.

Paul Pearson is a hugely popular DJ and producer from the UK. He regularly appears at top venues alongside some of the biggest names in trance and has put out some fine original tracks and remixes since 2012 on labels such as Lost Language, Perfecto, Infrasonic and Enhanced Music to name just a few. He has graced the decks at Gatecrasher and Digital Society and he runs his own Pressure Podcast on AH FM and no doubt his profile will only get bigger as the years roll by. Here on the remix the intro sets off with a classic pumping beat as layered synths come together to dish out the energy. The bassline lifts the track beautifully, adding a tight bouncy groove as swirling pads and sweet melodies come through. The break descends into a serene sequence as that familiar melody fades in with some added vocal adding an extra spice. The synths open up for that hands in the air moment and a steady build up climaxes into full on mode. There is only one place this track will take you and that’s high in the sky with a wide brimming smile on your face, fantastic stuff.

Out now on Digitized Recordings: BUY VIA BEATPORT

For DR097 we bring you a big vocal uplifter from Garry Morrison and SJ Johnson called No More Chances, with supporting remixes from Carlos Martz and Paul Pearson.

The original gets straight to it with driving basses and ethereal vocal sweeps that build to bring in the vocal. SJ Johnson’s vocal lift the tune up a level and the vocal keeps building the feeling in the track, as the intro chord melody builds the track to the break. Glassy pads and vocal pads build the vocal which will have people’s hands in the air, before the main melody filters in to its main impact. With a nice uplifting melody it builds up before dropping back in with a proper uplifting vibe that sure to go down well in clubs everywhere. If uplifting and big vocals do it for you, check this out.

First up on remix duties is Mexican Carlos Martz, giving the track a darker and more techie feel. Touch basses, minimal percussions and psy style sub basses give this remix a chunkiness that will suit those of you who like it a little tougher. Using the vocals and intro plucks to lift the track up the bass really drives this track along all the way to the break. Warm, ducking pads complement the vocal nicely in the break before dropping the track into a dark and dirty acid driven build, before hitting you hard with an acid drop that would simply go off in a club. A nice different take on the original that will cater for those who like it harder, darker and more filthy!

Paul Pearson’s remix provides a more pure uplifting remix. Warm basses and nice plucks build the track to the vocal adding real tension to the intro. Keeping things simple and letting the vocal do the talking (so to speak) this remix is definitely one who like their atmospheric trancers that build slowly. 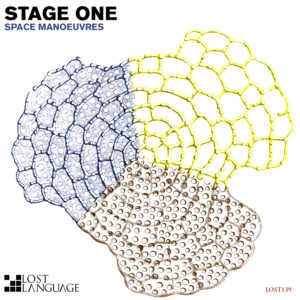 OUT NOW on Beatport: CLICK HERE TO BUY ON BEATPORT

Unlike LOST135, our next release has had more mixes than we’ve had hot tamales, but it’s a track that refuses to stagnate, with each new version bringing something fresh to the feast. The LISA LASHES Techno re-rub is a case in point.

Next up, rising star STU MORT (aka FREESOUP) takes things down a trancier, acid driven route, using the much loved PARIAH remix as his muse, freshening things up with the use of a brand new sample.

PAUL PEARSON (of ‘AND HIRST’ fame) wraps things up (for now) with a tight, rolling prog-trance interpretation – loving crafted, beautifully produced and another welcome addition to the Stage One / Pariah party.

Dimitri Kechagias review: One of the most significant tracks of the trance movement is of course the outstanding Stage One by Space Manouevres released on the legendary Hooj Choons. The brand new remixes are coming on the legendary imprint Lost Language. First is the Stu Mort 2015 remix that is an exceptional pounding energetic dynamic melodic psy trance meets uplifting trance version that has the right dark underground atmosphere with metallic basslines and tough drum programming packed with acid overtones, swirling synths and the unforgettable vocal samples. Second remix comes from Paul Pearson who composes an exceptional uplifting melodic trance version with pounding tribal drums, pulsating driving basslines, cinematic strings, variety of synthy plucks, heavenly chorus vocals and magnificent use of the well known spoken vocal samples at the long emotional breakdown . Hypnotic powerful trance version that will please all the faithful fans of the #PureTrance sound.  Trance Classic ready for domination at the trance stages of the summer festivals. Love It

Picking up support from the likes of Above & Beyond on their then named radio show TATW442  this EP is a slick delivery in melodic trance. Opening the release is ‘Eternally,’ built upon a neat bassline and percussion arrangement that quickly draws the listener in, before building to a heady climax through soaring pads and delicate melodies.

A fine debut from Paul Pearson!

Picking up support from the likes of Above & Beyond, this EP is a slick delivery in melodic trance.

Instantly tougher, ‘Always With Me’ drives forward into it’s breakdown before unleashing another lazer etched lead sure to be a real crowd pleaser.

A fine debut from Paul Pearson!

Infrasonic Future welcomes the debut of yet another fresh face in the form of Paul Pearson who delivers his maiden release with ‘Luna Sunrise’.

You instantly fall in love with Paul’s sound selection, which serves up a cool fusion of psy, tech and emotive trance vibes throughout the track. The rolling psy bass and tech percussion all set the scene, just ahead is the lush break with its divine emotive vibes and drop.

‘Luna Sunrise’ will for sure push all the right buttons when it comes to ground-breaking and forward thinking electronic music. And that is exactly what Paul has delivered here – massive!

Demonstrating his diverse ability in recent months, Fast Distance returns to the sound with which he first found fame; ‘Alpine’ is a gloriously uplifting record, primed for the peak time.
First up on remixes are the UK duo Karanda who have really built a head of steam of late. Chosen as the intro track for Disc Two of Digitally Enhanced Volume 5, they’ve taken the original’s melody but made it their own with a wicked rework.

A fresh face to welcome to the label but not the brand, Paul Pearson, a Digital Society resident delivers a superb debut remix for the label with his neat rework that rounds of the package.